There's someone we always say yes to, no matter what she asks of us, and in 2018 we started January with three days exploring light, sound, scent and movement for a project that's still secret, but it's going to be amazing.

I was going to call this Working with Steph, but whenever we get together, usually with a group of people she's met and inspired - some you'll probably already know and some you won't - it never feels like work. While I love making fragrances, most of my job isn't that. Lots of it is filling in Dangerous Goods Shipping Declarations, answering emails, stock checks, paying the bills and packing parcels. The occasional total dunking in a creativity tank is just what you need. Steph's is my favourite tank.

Steph Singer created Bittersuite, for which I make fragrances. If you've not experienced it yet, have a look at this film.  Watching is interesting, but being in the middle of it is up there in the top ten best things that have ever happened to me.

Last week on Friday 2nd March, we presented five fragrances in aroma globes (it's a work in progress; they were lampshades, masking taped on to china bowls, fill with with scented filter paper) for Open Senses, in an evening that featured an interactive choir (really really interactive), a Science film about our lives' meaning, and jewellery for intimacy. It sold out twice over, and people braved the slushy snow to get there.

We selected fragrances that we thought had a sense of intimacy or isolation, to see if the participants agreed with us; what we found was that it's all a lot more complicated - and that everyone wanted to know if they'd guessed right. That's what a work in progress is for though. It needs more work, or as it's for Steph, more exploration.

I'll let you know when the final project happens, because it would be great to see you there. 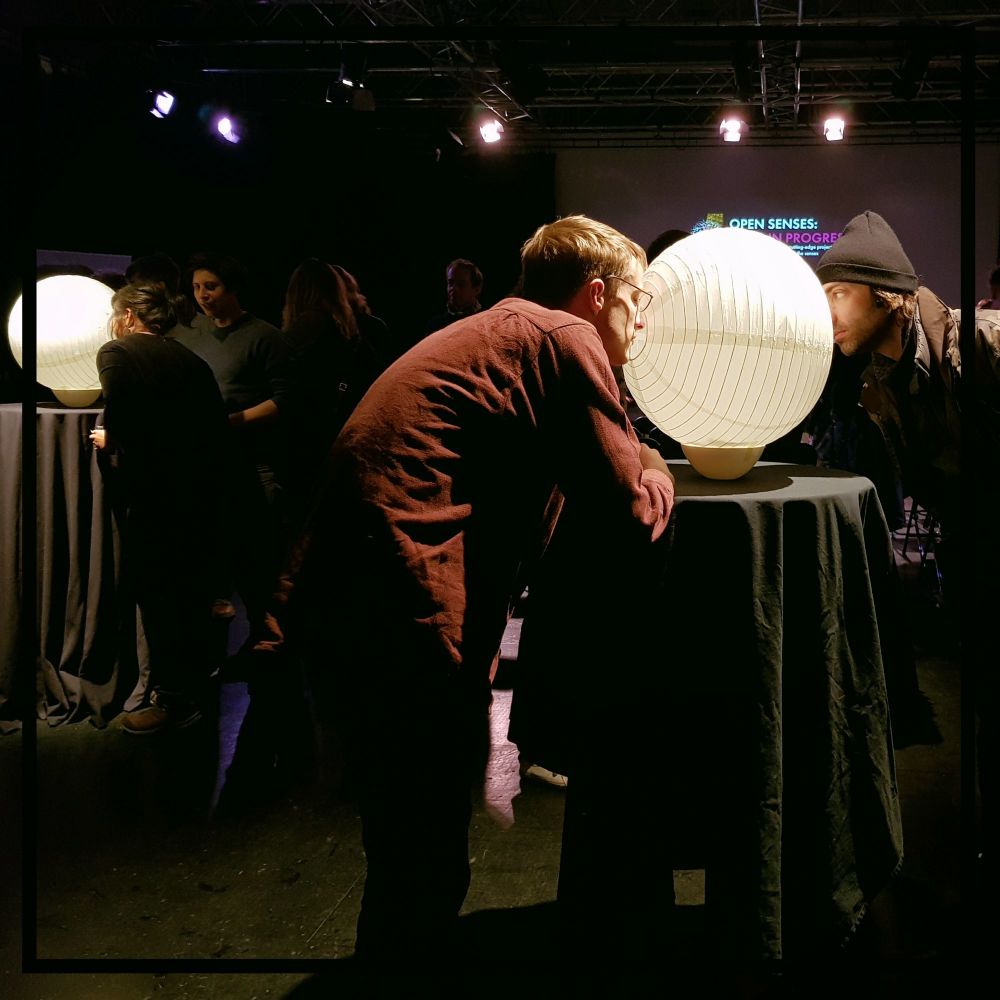 Above: The scent of a group hug.