Down in the Smoke

Vetivert is one of the biggest shocke 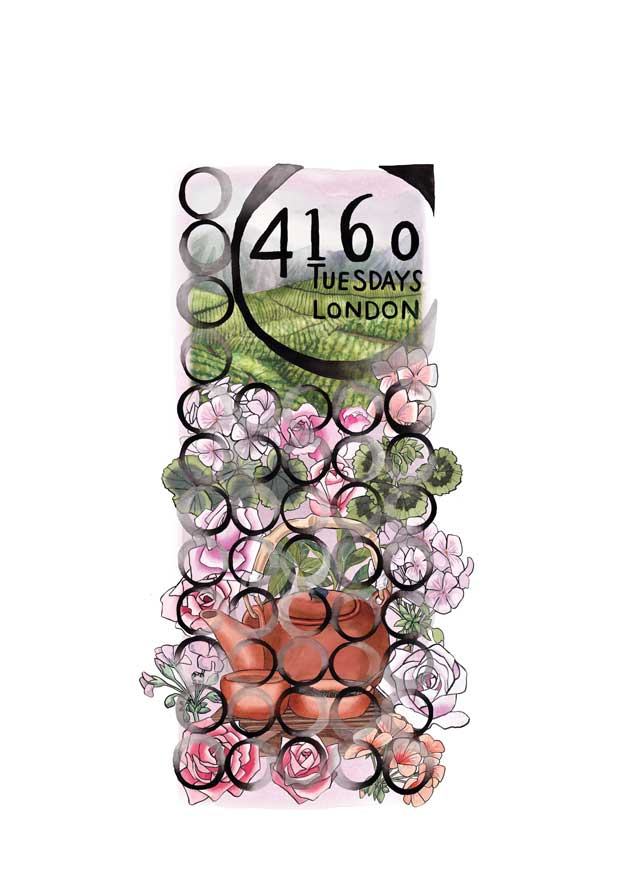 rs when it comes to smelling individual raw materials, compared with perfumes which bear their names.

“I love vetivert!” we’ve been told more than once, “It’s so fresh and citrusy.”

Oh no it isn’t. It’s just that many fragrances which are named Vetivert or Vetiver or Vetyvert or similar, are made with a tiny amount of vetivert at the base, then lashings of lemon, orange, grapefruit and bergamot with woods in the middle. This gives people the impression that it's the vetivert itself which is light, herbal and green.

Vetivert varies but it's got elements of mud and smoke (some more and some less than others); it's earthy, deep and dark. It’s made from the roots of a strong grass which was originally grown in the far east, and then farmed all around the tropics. It’s a handy crop; the strong roots help to stop soil erosion and the grass smells lovely too. Before corrugated iron took over, it was used as roof thatch for tropical huts. It protected against the rain, and then filled the air with its delightful aroma as the water evaporated in hot sun. These days it’s still used in India to make window blinds so that scented air wafts in on the breeze.

The brain is wired to be wary of the scent of smoke; that’s one of the reasons why vetivert fragrances can appear to last longer than others. Our brains are running a little commentary between the olfactory bulb and our consciousness. “Is there a fire? I can smell smoke. I think we should run away. Where’s it coming from? There’s definitely a smell of smoke. Can you smell smoke? There might me a fire…”

With most scents the olfactory bulb tells the brain, “Ooh, that’s lovely isn’t it?” and the consciousness says, “I smelled that 20 minutes ago, shut up and let me get on with smelling something different.” And that, dear friends, is why you’re convinced your perfume has worn off even though someone who passes you in the street can smell you from ten paces.

Vetivert does vary in smell. There’s a lovely one named bourbon because it’s grown on the island of Reunion near Mauritius. Reunion used to be named Bourbon, but after independence they didn’t fancy being named after the French royal family, but their vetivert kept the original moniker. I heard once that was named Bourbon by the French royal family because it’s the finest quality. No. That’s like saying that Tudor Crisps were named after Henry VIII because he decided they were the best in the world.

At our workshops we’ve a bottle of vetivert labelled “Vespas and hot tarmac” because it smells like crossing the road in summer in the centre of an Italian city. There’s a little of the Inspector Montalbano about it, which is always a good thing.

We have a vetivert absolute here and two different essential oils. We use them for the smoky earthiness, with a hint of added living forest and as a fixative; that’s why you find it at the base of citrus scents; it gives them stability. Vetivert feels active to me, as if there’s a lot going on down there.

There’s something about smelling natural materials which is inherently interesting. It’s like listening to a note played on a piano compared with the same note on a 90s electronic keyboard; it ought to sound the same but it doesn’t quite.

Here's at 4160Tuesdays, we use it sparingly. It’s in Who Knew? where we blend it with green tea absolute to give a lapsang souchong note. It’s in Evil Max - who is returning soon in Evil Max 2 – because we want him dark and dirty, and it's in The Lion Cupboard as part of the Victorian aged oak note. Finally, making an appearance as the smell of melting tarmac, there’s an overdose of vetivert in Time to Draw the Raffle Numbers, our homage to Sir Bradley Wiggins risking his place on the Tour de France podium so Cav could cross the line first. Fresh and light that's not.