For the first I made a perfume for Deborah, one of our best customers. Her partner had chosen this as a secret present. We arranged last December for me to send up an empty bottle, with a note explaining that she was to spend a morning with me making her perfume. It only took six months to organise, which gave Deborah time to think about it.

In the second, two friends arrived at the studio, brought out a collection of bottles and asked me to smell them. They were all basic musks, ranging from inexpensive to excruciatingly costly but made with pretty much the same materials. It turned out that one friend wanted me to make a perfume like this and to start her own business. They were very interested in what it would cost to make a small bottle just like the one they had bought in Harrods perfumery so I tried to explain that it would depend how many bottles they wanted. Basic GCSE level business studies.

They already had plans for the bottle design – people with dreams of setting up their own perfume companies often design themselves a bottle which will cost £50,000 to tool up before thinking about what to put in it – and for the perfume? The brief was quite simple.

They wanted a fragrance which would appeal to everyone in the world, and contained the mystery material which everyone thinks is sexy. 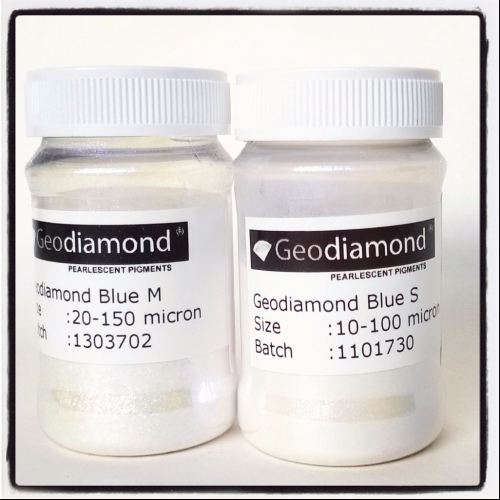 Photo: probably not the kind of magical fairy dust they were thinking of.

They also wanted me to come in at the weekend to make some as it was urgent.

Let’s go back for a moment to Deborah. She described the kind of perfumes that she likes (fortunately quite a few of them were mine, so I know how they were made), and the occasions on which she wears them. If you want a bespoke perfume, it’s always a good idea to go to someone whose creations you like already.

If you love the works of Manet, you wouldn’t ask Picasso to paint a portrait. (I am not likening myself to Manet or Picasso here, just using a handy metaphor.)

By lunchtime we had created two new fragrances, one for staying in and being herself and one for going out, which she can add to the staying in one, like putting on her coat and hat. I think we both had a great time, then we all went along the road for noodles at CJ’s cafe. I got a beautiful thank you note from her partner. There’s quite a bit of pressure in making the perfect perfume for someone, but I do really enjoy it.

The two friends wanted to know: would I bottle it for them, would it be guaranteed that everyone in the world would love it, how much would they get for the money, if they wanted a different version would they have to pay me again, would it be exclusive to them, would I promise that it would be exclusive to them, would I promise that no one else could ever copy it, and would it have that thing in it which everyone says makes you irresistible to the opposite sex or the same sex or anyone who happens to be passing?

When we went upstairs to my workshop, they looked around and asked,

“What machine?” I asked

“The machine that makes the perfume.”

Late on Friday night they were still emailing me about price and volume, about how they couldn’t find the right place on the website to pay me, and if they could pay cash. Finally on Saturday afternoon, when I was already at the workshop, I got an email to say that they were going to have to reschedule. To be honest I was relieved. It never goes well with me when the questions are all about money, and nothing to do with the smell.

Anyway, what about “that thing”, this magical ingredient that makes everyone smell irresistible?

For a few years the rumours were that it was Iso E Super (IFF’s trademark), also known as Methyl Cyclo Myrcetone or patchouli ethanone, or “the molecule”. A variation of it was used in Eccentric Molecules’ Molecule No. 1. This perfume was brilliantly sold as working “like a pheromone” (I quote the salesman at Liberty), “You can’t smell it, because it’s a molecule, but you can smell it on other people.”

In fact, Iso E Super is a lovely velvety woody material, used in thousands of modern fragrances, which makes pretty much everything smell better, including people, bunches of flowers, fresh air… You can smell it, as I tried to explain to the salesman, but the poor chap eventually confided, “but that’s what they told me to say!” so I thought it best to leave him alone.

So yes, spot on with the marketing for Molecule No 1.

More recently, Hedione (also a trademark) has been tipped as the sexy substance. Methyl dihydrojasmonate, to give it one of its many catchier monikers, has appeared in almost every perfume since it hit the headlines with Eau Sauvage. Jean-Claude Elena uses so much of it in his watercolour-esque scents, you could probably fill several Olympic size swimming pools with the amount he used for Hermes. It smells of almost nothing. Seriously. But it breathes air, life and sparkle into flowers and citruses. It can take me hours to talk my workshop students into putting it anywhere near their perfumes. I usually describe it as like putting baking powder into a cake; without it you just have a flat biscuit.

But does it make the wearer irresistible? Not in my experience.

Talking of my experience, the best aphrodisiac perfumery material that exists is jasmine absolute. However, you’d have to use it in amounts about 30 times stronger than anything allowed by IFRA these days. Anyway, what works for me might not work for anyone else and I definitely wouldn’t want to wear a perfume that drips jasmine – they are pretty unsubtle. The person you’re trying to attract would probably have been knocked sideways by the strength of it before you got close enough to seduce them. Practically speaking, you can’t put enough jasmine into a fragrance to have an effect, and even if it were legal it would be excruciatingly expensive. That doesn’t stop me blending it with Atlas cedarwood though… 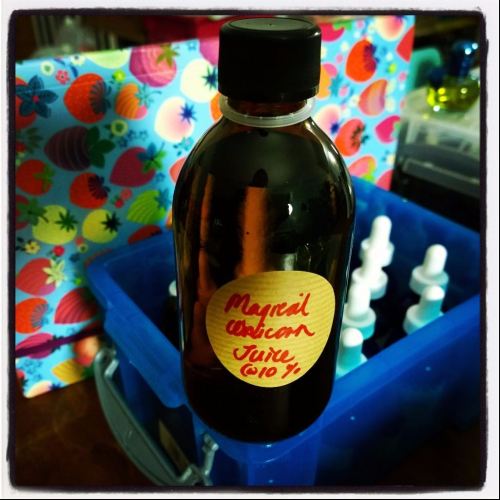 So is there a magical aphrodisiac fairy dust we can put into our perfumes?

We can put ourselves into them.

You put your perfume on and you’re ready to take on the world. For me it’s like that song, “I put my new shoes on, and everything will be alright,” or the Blues Brothers putting on their sunglasses.

You can’t decide for other people what “that thing” is going to be. It isn’t something you can spray on; but if you find a fragrance you love so much that you feel naked when you leave the house without it, wearing it can give you “that thing”.

All together now, “I put my perfume on, and everything will be all right.”

The ones I make with jasmine absolute are:

Midnight in the Palace Garden

Iso E Super is in:

The Sexiest Scent on the Planet. Ever. (IMHO)