(And why am I showing a picture of Daisy the Donkey?)

The short answer is that real musk - which I sniffed at the Osmotheque perfume archive in Versailles - smells like the donkeys at the beach.

If you're not northern British you might not have a clue what I'm talking about, but the moment I sniffed the hairy musk pod, that's where it took me. Back to the beach and childhood holidays. A friendly donkey that hadn't had a wash in a while and had been out in the sun for a couple of weeks.

(In the UK, at seaside resorts built by the Victorians for the workers to enjoy a day of fresh air, there were "amusements" arranged too. Donkeys for children to ride on were one of them. You get a short walk along the sand with a bunch of other children and donkeys and it's the most exciting thing you can imagine when you're four years old.)

Back to the smell. Donkeys. This was a relief. Did you ever hear the lateral thinking question about the man who goes into a restaurant, orders albatross, takes a bite then goes out and shoots himself? It was a bit like the opposite of that. I realised that the Moroccan "musk" I'd been given by friends was a mixture of vanillin and synthetic musk which hadn't been illegally and cruelly obtained by killing a musk deer for its scent glands. Phew. I'd always worried about that.

Animal musk isn't used in modern perfumery. It's quite rightly banned. What we call musk can be several different materials, or a blend - always smooth and unobtrusive - the molecules that are so big that they are off some people's smelling scale - and sensual too. There's a handful of synthetic odorants which their manufacturers call musk. They have this smooth sensuallity on common, but they really smell nothing at all like donkeys.

Some of them are powders, some granules, and some are thick liquids. They're all really useful in perfumery to blend and smooth out the edges on other materials - things with more character and sharpness - and like perfumery Post-it® Notes, they fix things gently in place. So a lemon scent with musk to hold it in place will last longer than lemon by itself, but it will smell different.

In mine, I tend to use the more traditional musks to give 4160Tuesdays perfumes a vintage feel to them. I use synthetics with elegant names like Galoxolide  Fixolide and Ethylene Brassilate, and I'll often blend them with natural labdanum for its animalic side, (although that comes from a plant). I don't use a lot.

When I'm running workshops, I'll often use a musk to help rescue a perfume that smells too disparate, when someone has picked all their favourite smells and bunged them together in a beaker. It's like putting bread around a sandwich or rice with a curry.

People fell in love with the smell of musk when the huge household cleaning product companies started putting these synthetic scents in washing powder, then in conditoners too. Proud 50s housewives were taught to delight in the smell of clean laundry, so musks made their way into fine fragrance. They were a symbol of fresh cleanliness. Ironic, no?

Then came White Musk perfume from the Body Shop.

The people who now run Lush created this product for Anita Roddick in 198. At the time they didn't have their own perfumery; they were still buying in from an independent perfume manufacturer, Quintessence in the UK, the way most cosmetics companies and perfume brands do. Recently Mark and Simon Constantine, father and son perfumers at Lush, recreated the scent for a soap of their own, partly as a statement, because they were so horrified that the Body Shop sold to L'Oreal, a company they had previously campaigned against because oftheir widespread animal testing on ingredients.

As you probably know, White Musk became massively popular; many people adore it as a favourite fragrance from their teenage years. For that reason, its scent has been duplicated by hundreds of companies. It's not hard to duplicate a scent if you've got your own analytical equipment in your lab. All the big perfume companies do it as a matter of course, with every competitive scent that comes out.I t's much more difficult to do it using only your own nose.

(By the way, I don't have this machinery; it's currently beyond my finances and anyway, I'm never really interested in what other people use to make their perfumes. I prefer to  use my nose and imagination when I want to make the scent of a beach, or a garden or a city.)

White Musk it's a blend of several different materials - not just musks - and when hobby perfumers want to buy the smell they can get this blend ready made up in dipropylene glycol. Professional perfumers might use all of these materials individually, but they are unlikely to buy it ready mixed in DPG. All the same, smiliar scents wafts in abundance out of mass market and niche fragrances all over the place.

If you want to get hold of a white musk to put in blends for friends, you can buy it relatively cheaply from many materials suppiers, including Mistral. I used a generic musk blend myself when I was first starting to experiment and only selling to my mates. That was before I learned all the things I needed to comply with - about EU regulations, IFRA, PIFs and safety certificates, and before my synthetic materials workshops with Karen Gilbert and Perfumers' World, and before I could afford to buy by the kilo.

A couple of times I've had reviews of my perfumes where bloggers have written that that I'd put white musk in a 4160Tuesdays perfume, and it happened again last week, so I thought I'd explain here. He or she wrote that he or she knew I'd done it because he or she could smell it, and other people could smell it too, so it must be true.

Nerd that I am, I answered and said I hadn't put musk in it, but that if that's what their brains told them, then the musk note must be coming from something else in the blend. I even listed the entire materials list, but no, he or she was having none of it. White musk he or she could smell, so by a process of non-logic, it must be in there.

And not for the first time I realised that when someone "knows" something, that person doesn't take kindly to the suggestion that he or she might not be... right.

Those of you who have read Jean Claude Elena's superb books on perfumery will know that what we smell often bears no relation at all to what perfumers put in their blends. Misunderstandings can come from the real perfume manufacturer not telling the creative director what's actually in there. Their job is to supply the creative director with the perfume he or she wants for the brand, not to list the ingredients. But there will be a list of notes which are created by those ingredients.

Say a creative director instructs his perfume house to make an apple musk fragrance. It comes back smelling of apples and musk. The creative director then briefs the PR agency and before you know it, you've got people assuming that an apple note comes from putting squashed up apples in the perfume. And because very few people really know what genuine musk smells like - although they know what Body Shop White Musk smells like - they guess that it's got musk in too. It's not an unreasonable assumption but it's wrong. Second guessing actual ingredients is nigh on impossible. And to most customers. it's not that important. To professionaly perfumers, it's almost totally irrelevant.

And so to Daisy the donkey and Mavis the musk deer. Modern perfumes no longer smell as animalic as they did. The big materials makers created a whole different meaning for musk, then they did their best to synthesise something identical but came up with the censored version.

What do musks smell like now? It's difficult to say - sweet, fresh, vague - like a recently washed pet rabbit, I'd say.

I use them more for their effect than their smell. I don't want to make a perfume that smells of musk; I want to use it to make my perfume more wearable. But In future if someone tells me that I've put musk in a perfume when I know I haven't, I'll try not to be such a nerd; I'll try to nod and say, "That's interesting". 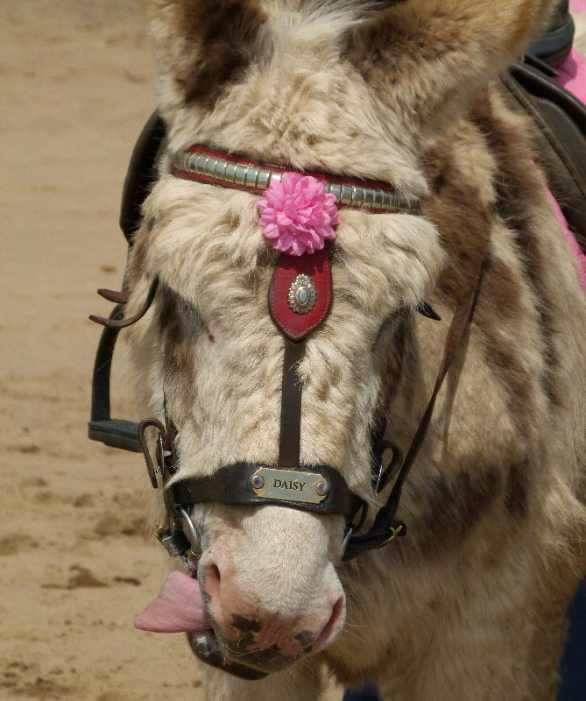