We were at the Osmotheque, a small group of us listening to Yves Tanguy, retired master perfumer, the creator  of New West for Aramis, the first ever marine fragrance, and Lancome's Magie Noire. Monsieur Tanguy was a charmer of the old school and surrounded by a bunch of women jotting down everything he said, I suspect he was enjoying himself. l 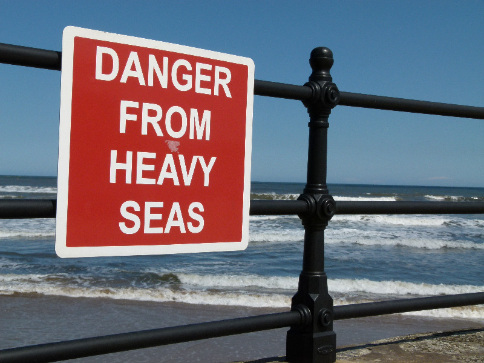 He had the Osmotheque's PowerPoint presentation on hand to make sure that he steered us through the essentials. What the Versailles perfume library stands for, why it exists, its expertise, its history and the jewels of the colleciton.

The official presentation covers turning points in the history of perfume, the materials which changed the direction of perfumery, the perfumes themselves which were influential landmarks over the decades. New West - now discontinued - was one of those perfumes and I was there to glean as much as I could about the inner workings of the perfume industry from its creator.

The best bits for me were when we could nudge him off the script and get him talking about his own experience, telling anecdotes, the tales of how certain fragrances came to be made. I mentioned Magie Noir and he said, "Oh no, it wasn't me; it was the team." It was not de rigeur amongst the old school to claim individual creatorship of a perfume. The same went for working with "couturiers" - designers.

In his world, a perfumer would never present the couturier with just one perfume; that would be inappropriate. You would take three and the couturier would choose, because it was his or her creation, not the perfumer's.

He expressed a view that perfumers these days putting their own names on the bottles is somewhat undignified. These modern chaps don't seem to know the true role of a perfumer - to support the couturier's creativity, and work to a brief. His praise of the southern French school made it quite clear that only Grassois - perfumers from Grasse - are the genuine article. Perfumers putting their own names on the bottles! Whatever next?

A couple of weeks before, I'd met a perfumer trained in Paris who told me that Grassois are out of touch and only in the business because of their family connections, not because of their skill. This Parisian added that no one trained outside France could never consider themselves to be proper perfumers. He also dismissed the regulations we all have to follow as "something that someone else takes care of". Another described the Grassois as "boring old farts". Like all creative types, they can be a sensitive, defensive bunch, these A-list perfumers. It's exactly the same with musicians, writers, actors and artists.

Anyway, one of our group had set up a studio where she's using only natural materials. M. Tanguy had spent his career immersed in commercial perfumery and appeared bemused to find there is anyone left in the world not using synthetics. Anyway, he wanted to tell us about calone, the material that makes a "marine" fragrance smell of the seaside. They're called ozonic scents - even though ozone itself is odourless. We're talking about L'Eau D'Issey, almost any man's fragrance since 1995 that comes in a blue bottle, and anything that has waves on the packaging.

Monsieur Tanguy had worked for eight years at Chanel in Grasse, so he knew all the formulae inside out and upside down. After that he moved to America to work for Estee Lauder, including Aramis. "You know Cristalle de Chanel?" he said, "A beautiful fragrance. I took Cristalle and added calone to make New West." This is a wonderful piece of information - a deep insight into the real world of how great perfumes are made. Take a magnificent perfume, and drop something else in it to see what happens - to create comething completely different. That's the kind of information I'd been hoping for. (There was more too - I'll save it for later.)

The naturals woman asked,"What's calone?" and there was a momentary shocked silence from the rest of us. Yves Tanguy explained that it's the very heart, the essence of marine scents, the one magical material that changed fragrances for ever, and he got out the calone bottle for her to smell.

"But Monsieur Tanguy, isn't it possible to make a marine scent with natural materials?" she asked.

He thought for less than a second. "Non," he said calmly and moved onto the next material.

To be fair, you can use seaweed absolute but it's expensive, inconsistent and quite a mucky thing to work with. Calone is several thousand times cheaper, reliable and colourless. It's very very strong too. (Karen Gilbert dilutes hers to 1% for classes and if someone takes the lid off she can smell it from the other side of the room.) Myself, I put it in What I Did On My Holidays, and if I'm after a particular smell of pottering about amongst the rock pools or sitting on a boardwalk, I'll use an accord of calone and Veramoss - one of the oakmoss substitutes that are replacing the real thing. The two together make a scent that makes pretty much everyone I've tried it on say "Oh my god! The seaside!"

Use too much and you'll get the intensity of too many estate agents packed into a lift first thing in the morning.