Growing up, the poorest person I knew was my Grandma Bain.

The happiest times I had were at her house. I think about that quite often. She wore 4711 cologne. 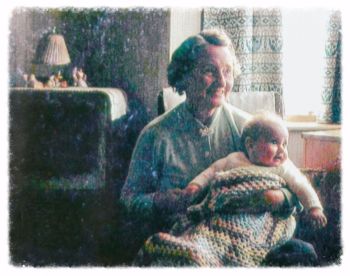 Why mention this in a blog about making perfume?

Because perfume advertising and branding is – 95% of the time – aspirational. Fragrances are attached to designers or to a celebrities and imply that if we just had this bottle, then we’d be a little more like a rich person, one step closer to their success.

Perfume companies rely on customers’ aspirations – their hopes that wearing a scent which is advertised by Johnny, or created for Justin or was once worn by Cary or designed with Tom in the room - will rub off on them. Brand owners launch a fragrance which is an abstract embodiment of their spirit. Spray on their scents and a sniff of their success comes as part of the package.

However, those perfumes’ sales are slowly but inexorably falling. Perhaps there are just too many. Perhaps they are gradually disconnecting from their customers’ worlds.

Then there are the niche brands whose perfume designers bang on about using terrifically expensive ingredients, or about their rich famous customers (who are quite often dead and unable to argue the facts, or royalty - Hollywood or traditional - and won't stoop to argue), or rely on astonishingly costly packaging to get the point over. For the moment, these are growing.

Perfume houses with a history saw niche fragrance prices going up and decided to have a share of it; now you can find limited editions in smart stores of ranges which cost four or five times more than the same brands' high street offerings. Either that or they buy their competitors. Often, niche brands are set up using venture capital funding with the intention of building a brand (without actually having to make any perfume themselves) and being bought out.

As you know, we do it a bit differently here in London W3, and we like to think that with the rise of the indies, the world of perfume is changing a little, that people are drawn towards scents of the our everyday lives - the enjoyable parts anyway - not the unattainable worlds of fame, fortune and ostentatious bling.

Way back in 2009 I wrote a novel, “The Scent of Possibility”, about a woman who solves people’s problems and gives each of her customers a small bottle of scent to remind them of a happy time in their lives. I couldn’t find perfumes which smelled like the ones I was describing, so I decided to make my own. Ever since, I’ve been making fragrances that depict a place, a time or both (some real and some imaginary).

In May 2016 Luca Turin wrote that What I Did On My Holidays has “one of the most exhilarating topnotes in living history”. It’s the smell of a day out on a British beach – mint rock, suntan lotion and the seashore. It’s a smell that lots of us have experienced, or could experience for the price of a train ticket to the seaside. It’s the opposite of a perfumer’s vision of the scent of a slender model in a posh frock or the epitome of a pop princess’s luxury lifestyle.

The Jo Malone brand (now owned by Estee Lauder) has been terrifically successful at selling down to earth depictions of fruit and herbs such as Lime, Basil & Mandarin, Mimosa & Cardamon, Earl Grey and Cucumber and the mysteriously named English/French Pomegranate Noir. (Why not Black Pomegranate or Grenade Noir? Never mind.) They do just about what they say on the bottle. Shay & Blue have followed in their footsteps - with a dash of Yardley’s and Penhaligon’s early simplicity added in – so that the name on the box is a good indication of what to expect when you spray it. Practical perfume.

Designer and celeb brands tend to go in for fanciful, emotional persuasion: Truth or Dare, Sauvage, Twilight, Realities or Romance anyone? My absolute favourite abstractly named aspirational perfume is Marry Me.

Every now and again descriptive perfumes come into fashion again. Taking the gourmande trend to the max, we have Prada’s crossover from abstract to practical: Candy; it smells like sweeties. It’s popular because it smells familiar, and it absolutely nails it.

Gourmande fragrances smell like deserts. Why not? We like puddings. The rise and rise of the salted caramel fragrance has been an interesting trend to watch. (Salt has no smell, by the way, but salted caramel sounds groovier, don’t you think?)

Demeter / The Library of Fragrance has led the way in affordable “smells like the name” fragrances since in 1990s, some great (Playdoh), some middling (Jasmine) and one or two are appalling! (Pizza anyone?) Some border on novelty – Baby Powder, Waffles, and Dirt – but what they do is marvellous. You should all have some.

There are celebrity and designer fragrances which smell like puddings too, but they don’t go all out and say what they mean. They stick with the abstract aspirational names: Forever Glowing – a honey toffee from Jennifer Lopez, Fame – honey apricot from Lady Gaga in a bottle that looked like an alien egg, Royal Desire – mandarin, blackberry, marshmallow from Christina Aguilera. 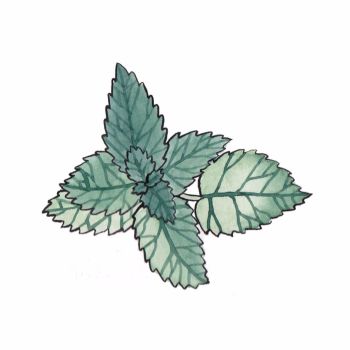 My prediction for the rest of the decade is for the herb garden to take over. We’ve had a few mints (let’s mention What I Did On My Holidays - launched in 2011 - once again), there’s sage and thyme growing in the herbaceous borders, and you’re going to get the vegetables any day now.

One of our new Four Mysteries contains onion essential oil, a magnificent material! We have to keep it locked up so it doesn’t take over the whole studio. We’re using pear, artemesia, mushroom, cardamon, sage, thyme and carrot. Any moment now the hazelnut and celery will appear (but probably not in the same scent). Where the indies go first, the big guys wait and see, and if it works, they follow. Our mistakes are in such small batches they won’t break the company; theirs could.

In these times of political, social and financial uncertainly, a recognisable smell can be welcome and comforting. Perhaps we need less aspiration, and fewer abstract attempts at capturing the scents of success. Perhaps the familiar fragrance of a garden, a beach, a sweet shop, a fruit bowl, the pub, family holidays and digging the allotment aren’t such a bad idea.

Rose, jasmine, violet, sandalwood, lemon, pear, apple, candy floss, tobacco and leather are stalwarts of the familiar fragrance shelf; whether they are natural or synthetic doesn’t matter, it’s the recognition that’s important. We’re just about to take it from the florist and the sweet shop to the greengrocer’s and farmers' market.

A note about the readies

There's another side to non-aspirational scents. I also want to keep our fragrances affordable so that my own friends can buy them. Splashing out on the natural jasmine and sandalwood is a lovely luxury, but you don’t always need expensive materials to make an excellent fragrance, just as you don’t need posh nosh to make a tasty meal. Forget your coulis magnifique of courgette flower and foam of distressed raspberry and absinthe. We’re heading for the buttered crumpets of the fragrance world.