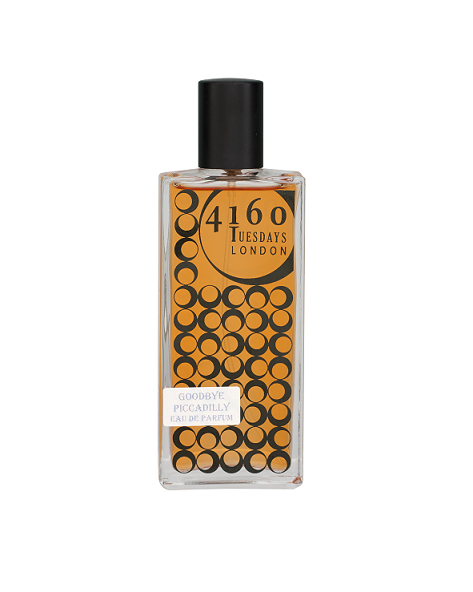 Goodbye Piccadilly is a perfume inspired by the women who took over men’s jobs during WW1.

“I first made this perfume for London Transport Museum’s Friday Late event, Goodbye Piccadilly, in May 2014. It was for a talk about the kind of perfumes that would have been worn at the start of World War 1, so I researched the materials, then couldn’t resist creating small batch of perfume in honour of my Great Aunt Hilda who had worked on the Middlesbrough trams while Uncle Percy was in a prisoner of war camp. The odd thing was that the result smelled exactly like my Aunt's living room when I was a child. It went down so well, I decided to make more.” Sarah

Violets and vanilla were quite new in perfumery at the start of the 20th Century, and as they were synthetic (ionones and vanillin) they were available much more widely, and affordable for working women. We also used lavender and patchouli, more traditional materials, and iso butyl quinoline, which was used with patchouli to create the first Russian leather fragrances.