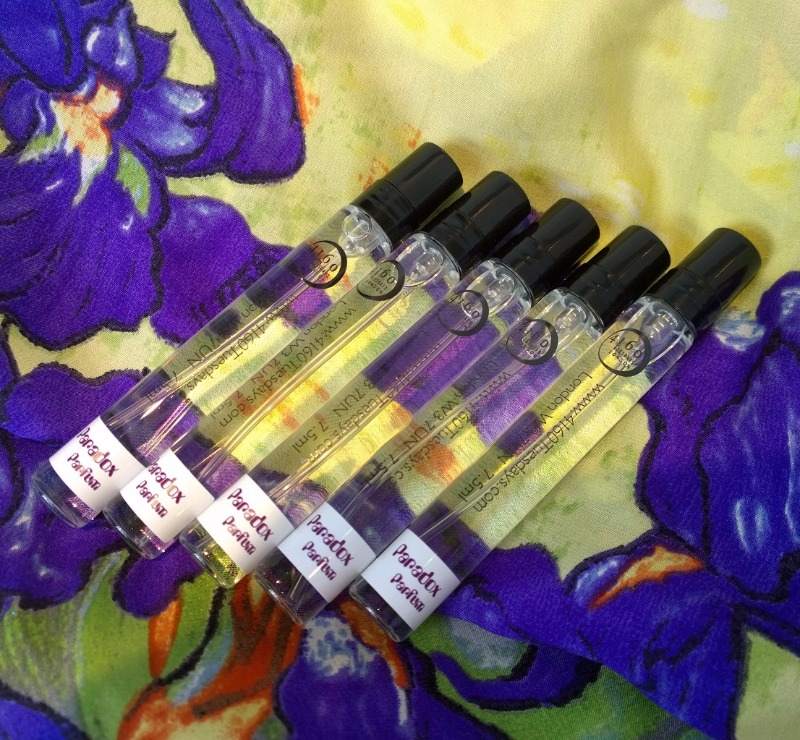 Paradox, a perfume for a parosmic

We're working with Louise Woollam, write of the Get Lippie blog, who developed parosmia after losing her sense of smell completely then getting it back bit by bit- but not the way she would have liked. Afer visiting the Osmotheque in Versailles, Louise discovered that she can still smell ionones - the molecules that make up violet and iris scents - citruses and musk notes. She tweeted - with a load of her usual sarky wit - that all she had to do was find a perfume with those notes, and none of the ones that smell disgusting to her. The fact is that finding an usual perfume like that is almost impossible, so Sarah volunteered to make one.

When Louise visited, we found out that vanilla smelled like poo to her, while her brain repairs the damage to her olfactory system. As there's vanillin in almost every modern women's scent, as well as chocolate and cakes, this was a massive problem in her life, not just when she wanted to wear fragrance.

After developing the perfume together, Louise came up with the name Paradox, because that's what it is - a perfume for someone who lost her sense of smell. We'd also decided to make a donation to Fifth Sense, the organisation for people who have lost their sense of smell or taste, with each bottle we wll, because they gave Louise a lot of help through some very difficult times. For the sale of every £15 bottle £5 goes to Fifth Sense; we've now added 30ml, 50ml and 100ml bottles to the range, with £10, £15 and £15 going to Fifth Sense.

Duncan Boak, founder of Fifth Sense, lost his sense of smell after hitting his head and decided to set up an organisation for people like himself. For Louise, his organisation was just what she needed. We're very happy to be supporting Fifth Sense's work with people living with an impaired or lost sense of taste and smell.

Paradox is now ready, and you can buy a small bottle here.

Here's the story which led to its creation, in The Guardian, 28 February 2015.