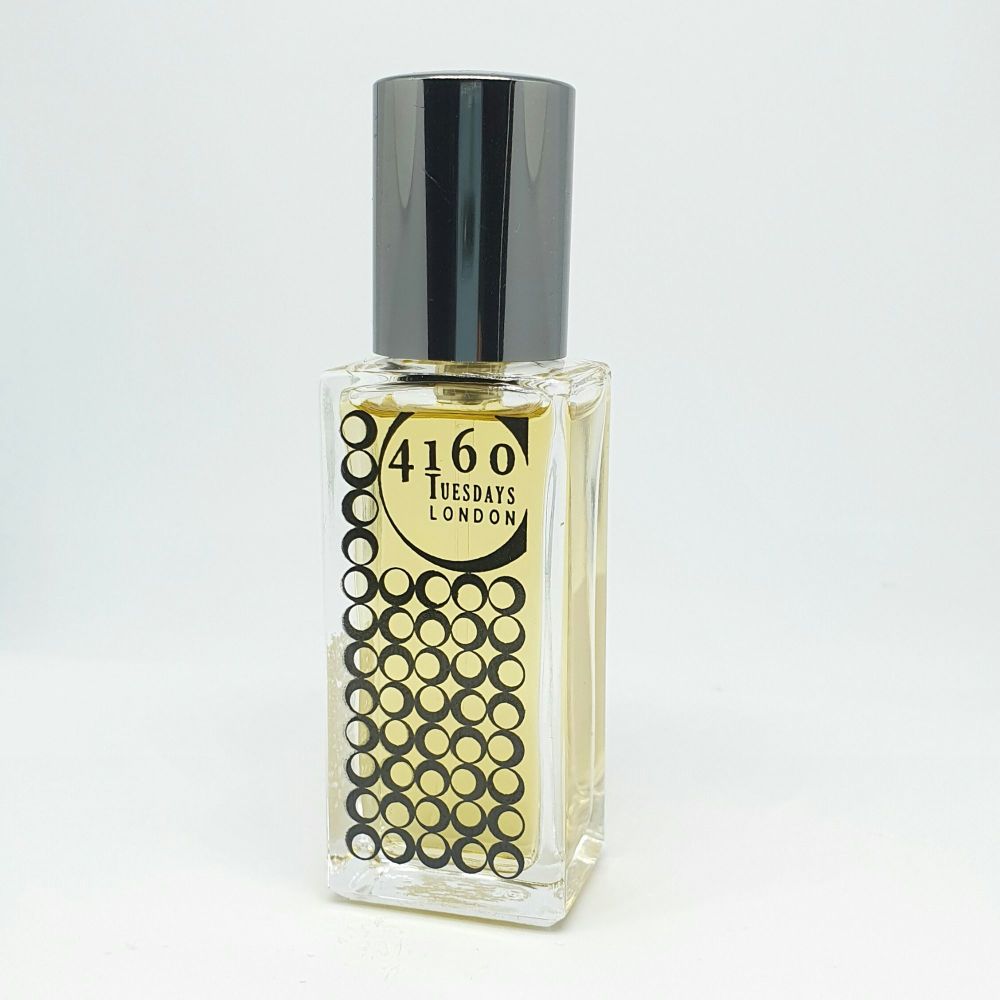 The scent of cinder toffee sprinked with saffron and blood orange. An adaptation of a scent we made earlier, named in honour of the Year of the Mouse (the west tends to translate it as rat, but in Japan it's mouse so we're going with that).

An early version of White Queen

A variation of Clouds, which will be launching this year with a slightly different formula: an opening of sweet oranges, a cloud of white chocolate and iris, then a touch of tonka, oakmoss and black tea.

We made Opal Lights for Gill Wing, the beautiful indie jewellers in Autrslian herbs and flowers - including honey myrtle and lemon myrtle - to reflect the glints of coloured minerals in opal stones. It's just about the freshest, lightest fragrance we've ever made, and we have a little left over.

This is the last of the fragrances I made a couple of years ago, as an uncomlicated but definitive leather, on an amber woods background, for a fragrance profiling company which then disappeared. Fortunately it means that we've been able to customise them slightly, and put them in the Mods sales. We named it My Lovely Horse after Father Ted and Father Dougal's Eurovision entry - Google if you've no clue what we're talking about - because it smells a little like a nicely polished saddle.

It's not made from leather, we used the traditional material iso-butyl quinoline, responsible for all the vintage leather aromas from the late 1800s onwards.

The smoothest of all musks blends, which we made as one part of Take Me To The River, then used in two more fragrances. We labelled it Temptation, visitors asked what it smelled like, fainted with delight and had to be revived with a nice cup of tea - we're exaggerating, but you know what we mean. It was allowed out on its own in the January Joy Box and it will be back later this year. Here's a little to get you through the colder months.

When Centrepiece accidentally had a dose of The Darkest Bloom V1 filtered into it, so in addition to the deep musk and white flowers, it gets osmanthus, narcissus, fruity davana and deep beautiful resins. There isn't much, because Nick stopped quickly when he realised what he was doing. We all love it though.

We made this a while ago, but it's time to clear the shelves of our anomalies so it's in the super-sale. Parfum strength, with an added dash of our honey accord, so we named it after the large furry creature from some 1970s UK cereal ads. One day perhaps, when we start to treat our beautiful creations more seriously, we'll turn into a major multinational. Don't hold your breath.

This is Midnight in the Palace Garden, Parfum, a small test batch made with a different sandalwood from usual which came out smokier than usual. We decided that we couldn't really sell it as the usual Midnight, but we don't waste anything so we renamed it and here it is, in the emergency pocket version for going out out. A day-into-night fragrance, for dressing up without changing your clothes.

If you saw the discussion on our Facebook Group, 4160Tuesdays News, you might want to try this just to see what all the bother was about. It is a full on floral bouquet, in the vintage style, based on 2019's Eat Flowers, but with added rose absolute, orris butter and violet leaf absolute. This makes it dark green, rich and rather expensive, and takes it right into the realms of freshly cut stems in an expensive florist's shop. Too green for some, the ultimate floral for others.

Made as the aroma of sitting around the fire after a chilly but bracing walk outside. Woods, an almost undetectable aroma of marshmallow flower (not the squidgy sweetie), and woollies.

15ml bottles of eau de parfum and parfum at a super bargain price.

There's also some Amber Woods (for men in tents) and Creamy Vanilla Crumble at EdT strength.

There will be more later this month.